COLLWEB is a global network of collectors that builds a community of people who appreciate the value of art, cars, watches and real estate.

close your eyes and see

The real life as an artist has begun early in this year. Since the first quarter of 2020, he is entirely dedicated to his art which he describes as concrete, experimental, spontaneous, abstract, expressionistic, surrealistic, existential, contemplative, stylistically extensive, free, associative and paradox.

During his studies in the field of psychology, he showed massive interest in Jungian archetypes. Simultaneously he developed an affinity with Far Eastern culture which he reinforced by travelling to several Asian countries.

He is fascinated with Zen Buddhism and calligraphy, as much as with film-makers like Akira Kurosawa, and modern authors like Haruki Murakami.

These influences are much represented in his conceptual works.

The way he processes modern day issues and his personal experiences, visions and dreams, is timeless and can refer to both, the past and the future. Many of his works are the result of emotional contemplation which he spontaneously expresses through shapes and colours.

It's an alternating and interacting coexistence of conceptual art and spontaneous actions.

The artist constantly tries to reinvent/redefine himself and experiments with new techniques and new materials. 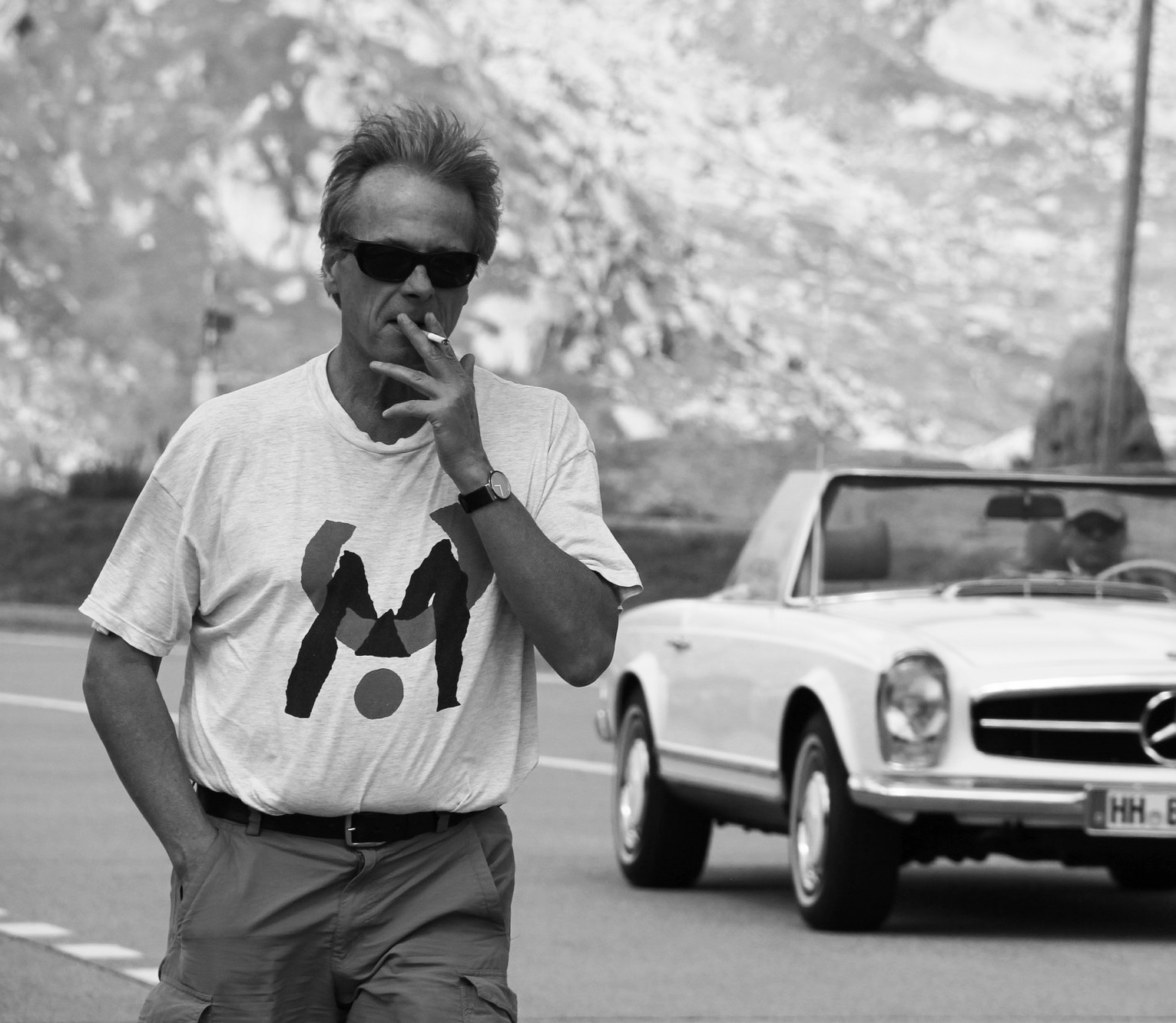 tiny creatures and their spoors

40x40
Acrylic and Ink on Cardboard this is ready - aborted trial to order chaos

tiny creatures and their spoors

40x40
Acrylic and Ink on Cardboard

this is ready - aborted trial to order chaos